TUBB3 is a beta-tubulin gene. It is active in mature neurons and TUBB3 mutations are thought to affect later stages of brain development such as neuronal maturation and connectivity.

To date, there have been over 30 different TUBB3 mutations described in the literature to date.

Recently, a small number of children presenting with both brain malformations and CFEOM3 have been identified.

Unlike some other Tubulinopathy genes, TUBB3 mutations are a mixture of familial and de novo (not inherited from a parent) mutations. 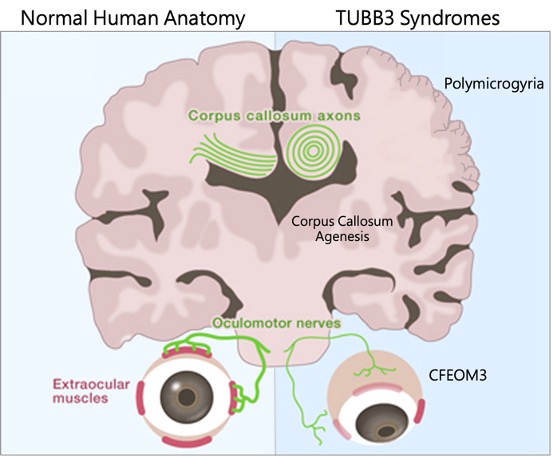